Hype is Huge this Holiday Season

Black Friday came and went – but unlike my metabolism, the sneaker drops are not slowing down in December. Hype has proven to rake in some serious revenue in 2019 – SNKRs was reported to have driven 20% of Nike’s digital revenue in June and adidas has Wex, the man behind partnerships with Kanye, Pharrell, and Pusha T, focused solely on Yeezy’s success now.

So, what does this mean for you? On one hand, the more items release, the more likely you are to cop something. But with an increase in brands embracing drops to move product, we have to assume the number of people competing in said drops is growing, too. To boost your chances of taking home the things you want this Holiday season, our recommendation is always shooting your shot on as many raffles and releases as possible.

Got it? Good. Here’s what to keep an eye out for in the weeks leading up to the Holidays: 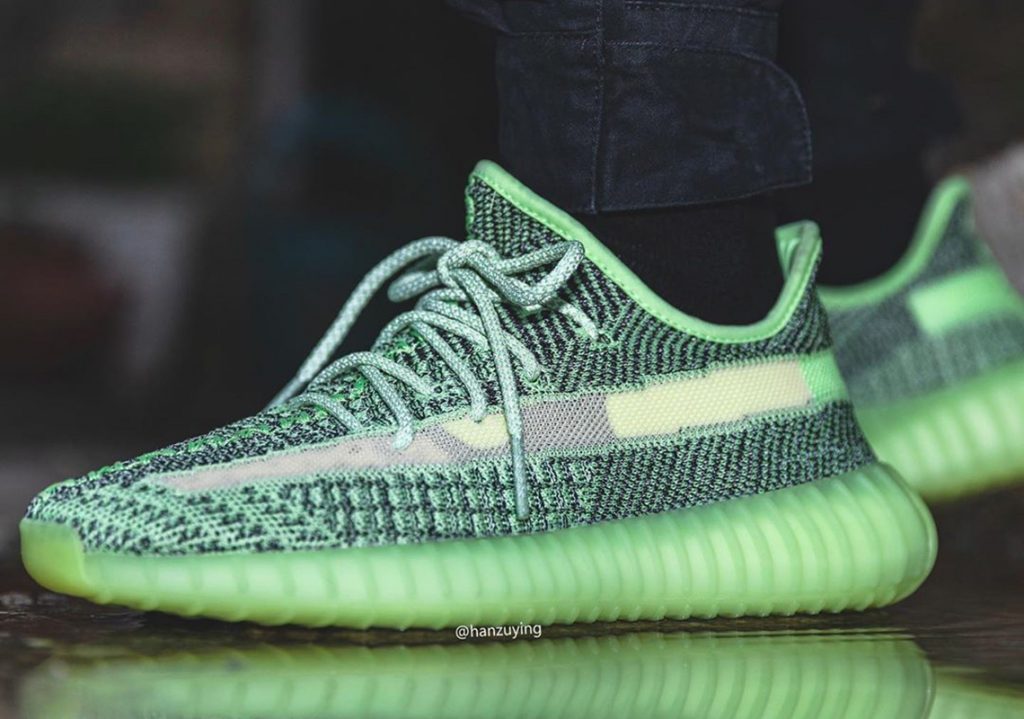 Named for the green area in North Israel, this green-ish 350 V2 sports a dark static pattern atop its neon base which sets it apart from its many earth-toned siblings. With both reflective & non-reflective takes, it’s reminiscent of the static series, yet feels more in line with the Yebra/Butter aesthetic. Not a bad choice if you’re basic-adverse and want to add a pop of color to your collection.

Cuff those jeans to your heart’s desire because the dad of Yeezy silhouettes will now keep your ankles warm. This “new” design may be just what 500s fans are looking for. With its classic lumpy texture and adiPRENE sole, the Highs have a place in IDGAF fashion this winter. 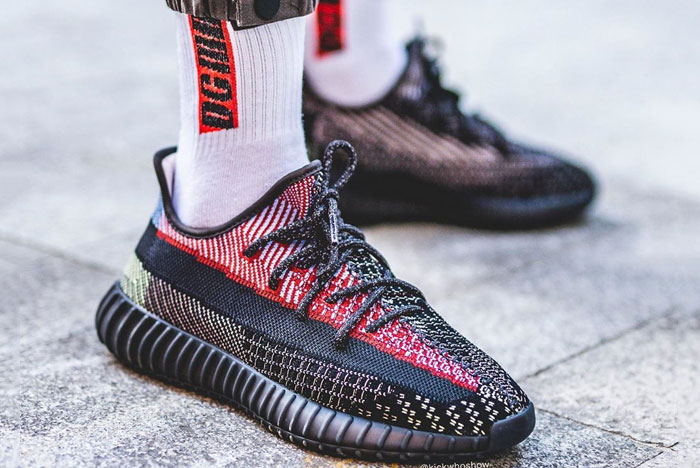 Here we have another black 350, but with a refreshing twist. Hints of blue, yellow, tan, and red mixed throughout the static pattern give this colorway personality without appearing clownish. It’s said to be one of the more limited drops from Yeezy this month, so there’s the added appeal of wearing a shoe no one else has. 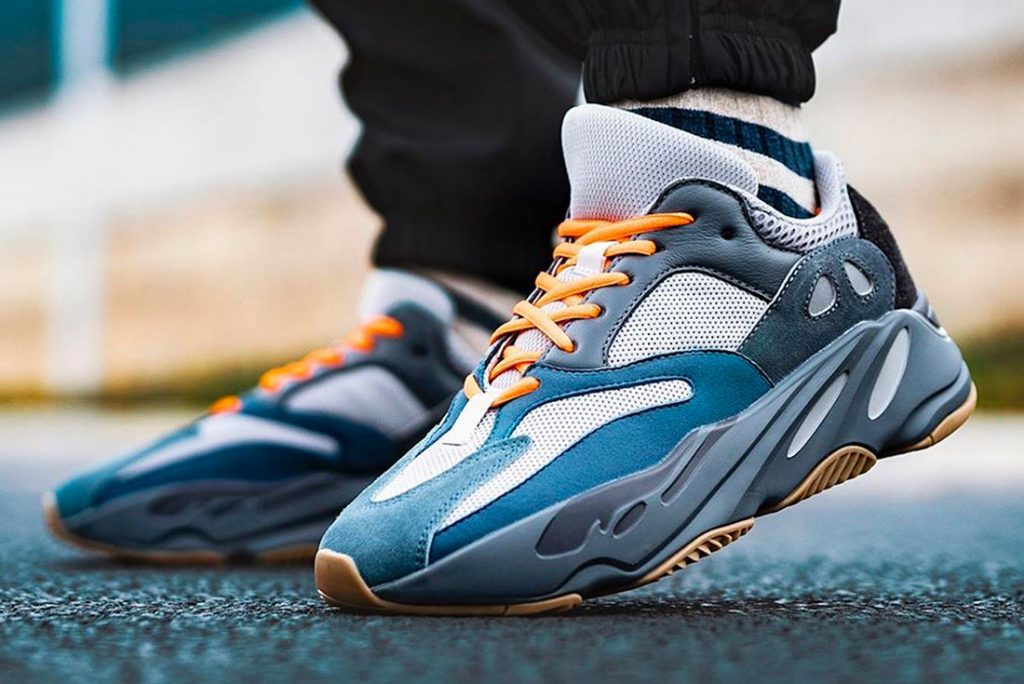 Yeezy is on a blue kick with the 700s. The latest colorway will feature a wider range of hues than the Hospital or Teal Blues that dropped earlier in the year as well as the Wave Runner-esque pop of orange that appears here and there on this silhouette. 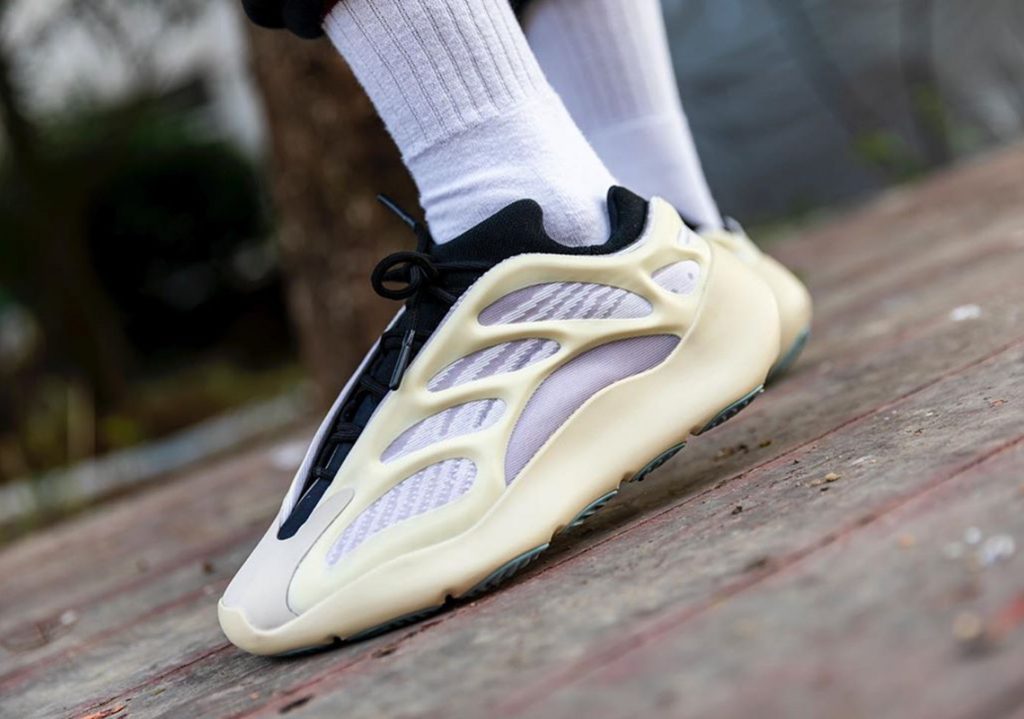 It’s new. It’s dramatic. It glows. What the v3 lacks in boost (there is none) they make up for in their aggressively futuristic design. To me, these look more alien than the 380 Aliens, but don’t let that stop you from being the first to experience ye’s newest silhouette. The $180 retail price point doesn’t sound so bad either. 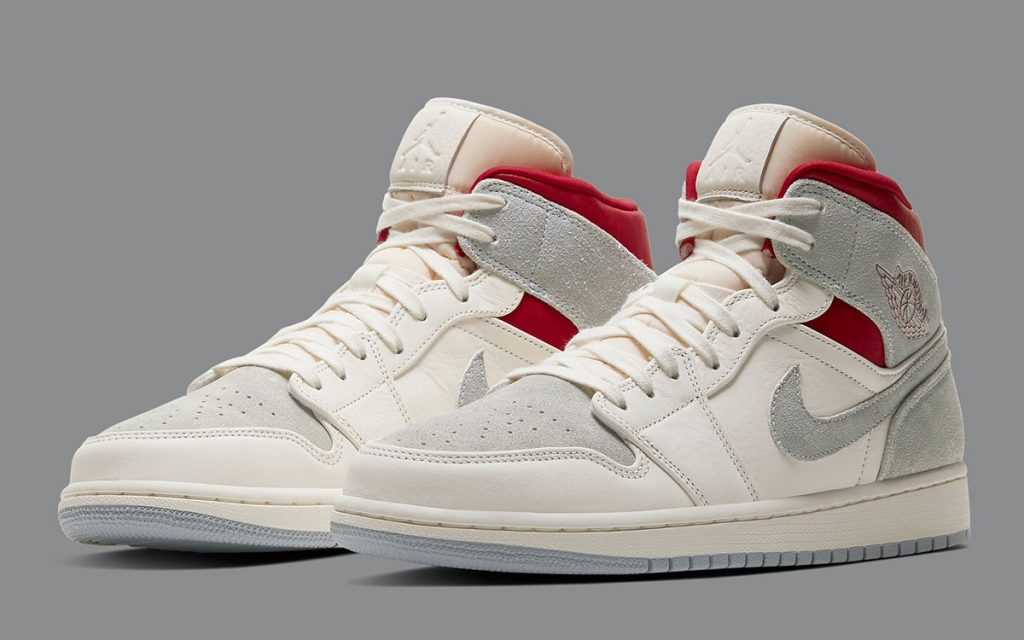 Mids are back and bigger than ever. Following the release of the Clot and the Maison Chateau, this silhouette is on the rise and there’s no doubt that the upcoming drop will continue the pattern. Sneakersnstuff’s latest collab with Jordan Brand features a Sail leather upper, Grey suede overlays, and red accents on the ankle and AJ logo. The clean style is a slick choice to add to your closet this winter.

Another strong drop from Jordan Brand, the AJ 3 Animal Instinct is an exotic smorgasbord of faux animal textures and prints. This colorway may look familiar, drawing inspiration from the Atmos world of animal print Air Maxes which have been wildly popular. Considering the historic success of similar colorways in different silhouettes, we’re calling this first-of-its-kind AJ 3 a cop. 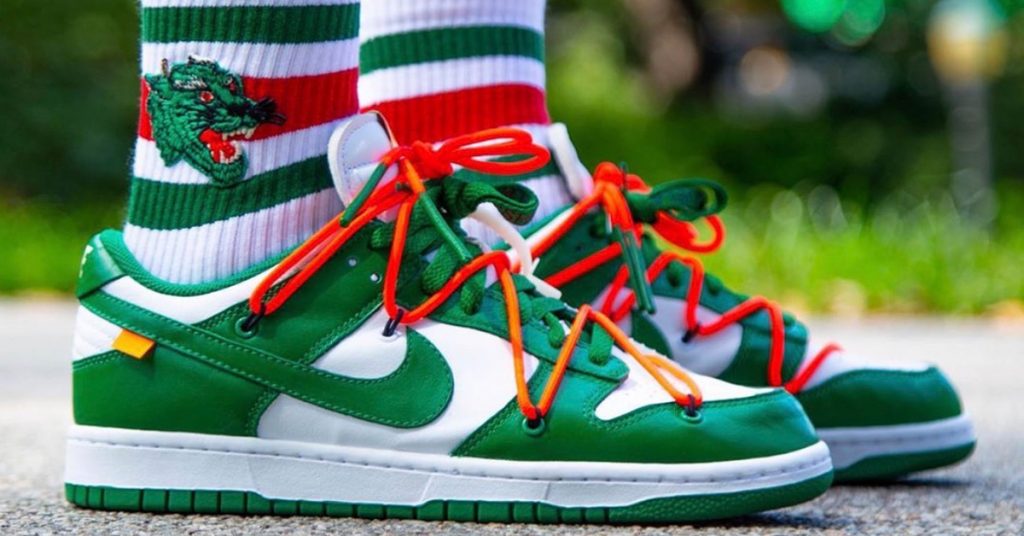 Dubbed a “dream shoe” for hypebeasts and dunk collectors alike, Virgil’s take on the classic SB silhouette has people talking. With an extra-wide second string of laces, loud colorways, and the signature Off-White type, the pack of three is expected to be surprisingly limited. If you miss out, word on the street is we’ll be seeing more from Virgil and Nike in 2020.

That’s what we’ve got coming for the remainder of the month. And remember, to increase your chances, keep it locked with your friends at Sole Retriever.